This update is not only lighter in quantity, but also lighter in style and in subject matter. Suddenly everything I produce seems to rely on lines and flat colours to convey ideas, rather than laborious rendering. A fun change for me.

In reality this wasn’t meant to be shown, as it was no more than a preparatory sketch for a yet to come illustration. The project is in the back burner for now. I was delightfully surprised by how presentable she became without it ever being a concern of mine.

For these other two characters, unlike the last, a lot more effort was sunk into making more graceful and presentable marks. They both began as witches (as did the previous character and as do most of the characters I draw). One remained a witch, who specialises in entomology, and the other transformed into a Cook.

Those were “low-commitment” characters, done with the intention of enjoying myself. 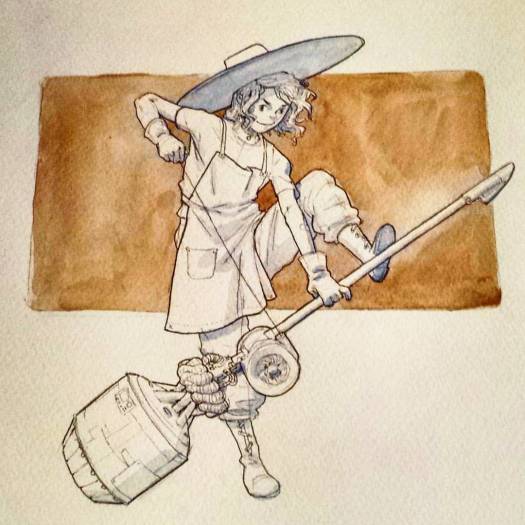 This is a small spot illustration of Alice getting lost in Lordran, and bumping into our favourite onion knight, Siegmeyer. Here I was trying to emulate the classic John Tenniel illustrative style for the original Through the Looking Glass/Alice’s Adventures in Wonderland.

“Mmm…mmm…
Mm! Oh-hoh!
Forgive me.. I was absorbed in thought.
I am Siegmeyer of Catarina
Quite honestly, I have run flat up against a wall.
Or, a gate, I should say. The thing just won’t budge.
No matter how long I wait. And, oh, have I waited!
So, here I sit, in quite a pickle.
Weighing my options, so to speak!
Hah hah hah hah!” 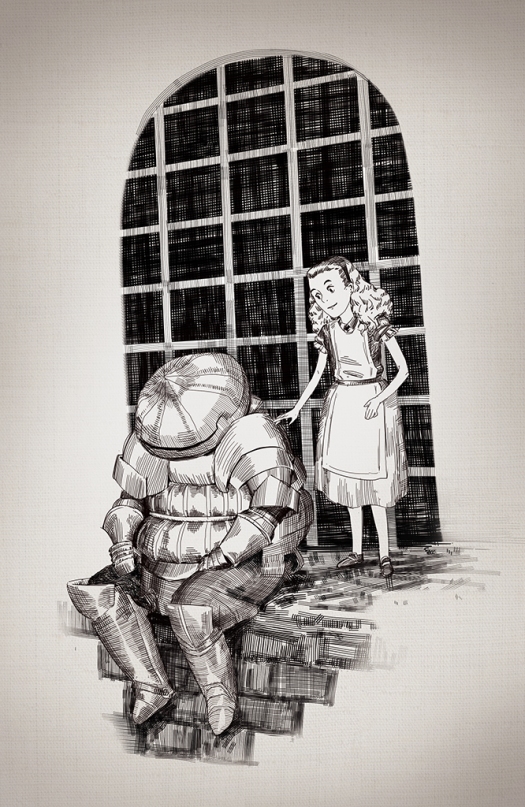 A study on stylization. 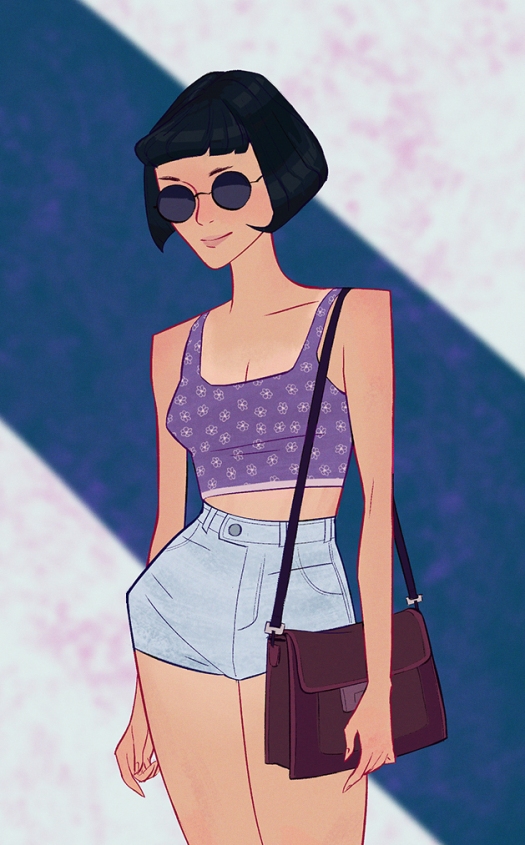 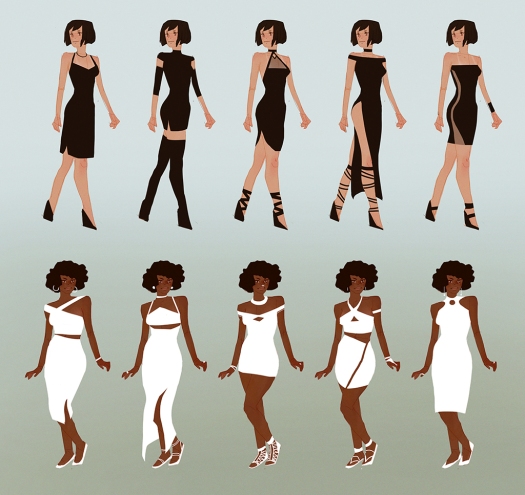